Having flown drones from the Phantom range extensively, I’d considered them to be impressively compact and lightweight for their capabilities – but the Mavic Pro is in a whole different league when it comes to portability.

When the postman delivered the box to my house I thought there’d been some mistake – surely this package, smaller than a shoebox, couldn’t contain a £1,000-plus quadcopter, a controller, and a battery charger? But it did because the Mavic is shockingly tiny compared to its Phantom cousins – about one-sixth of the size when folded.

My immediate concern was that its small size would detract from its in-air stability and/or its image quality. But even with that niggling in the back of mind I couldn’t help but be impressed by how neatly the drone and its controller folded down. This is the first 4K drone I’ve seen that feels like it could genuinely be carried all day without any thought. The Phantoms require being lugged around in special, bulky backpacks or cases, but the Mavic Pro will happily fit in the smallest of bags.

It’s solidly built too, with the majority of the quadcopter being constructed from tough plastic – handy to know, given that anyone who buys a drone is likely to have at least one or two slight aerial mishaps during their ownership. The gimbal-mounted camera feels more delicate, but DJI supplies a clear plastic cage that protects it from harm while you’re carrying it around.

The camera is small but fairly powerful on paper: its 1/2.3-inch sensor can capture 12MP stills in JPEG or DNG RAW format, as well as video at a variety of resolutions and frame rates: 4K at 30fps or 1080p at up to 96fps.

It’s mounted on a tiny motorized gimbal that, in combination with the drone’s suite of sensors, is able to make near-instant adjustments to keep itself level at all times. You can also set it to a POV mode, which tilts and turns it along with the drone.

There are four other cameras on board, but these aren’t for photography; they’re to aid in-flight stability and safety. Two downward-facing cameras help keep the drone from drifting around indoors or in areas of poor GPS coverage (usually, GPS data is used to maintain position), while another pair faces frontwards, detecting obstacles in a forward arc and preventing the drone from hitting them. It’ll stop moving if it comes within a few feet of anything solid, but only when it’s in front – the obstacle detection won’t prevent a crash if the Mavic moves backward or sideways into a tree, lamppost or neighbour’s window. So beware.

Then there’s the tiny controller, which unfolds to accommodate an Apple or Android smartphone in its grip – the phone plugs into the controller with a short cable, and the controller automatically connects to the Mavic via Wi-Fi or RC. This way, you can view the drone camera’s live feed (in smooth-running, crisp 1080p) and change settings via the DJI Go app on your phone’s screen while keeping the physical flight controls within reach.

It has a long transmission range, too – DJI says up to 4.3 miles, depending on obstacles and other interference. I haven’t attempted to test that out, as flying a drone beyond visual range would be breaking UK law.

If you want to use a tablet or a phone too large to fit within the grip, there’s a full-size USB port on the bottom of the controller. Plug your device into there and it’ll work much the same as a phone – albeit much more awkwardly, as you’ll need to prop the screen somewhere while also holding the controller. 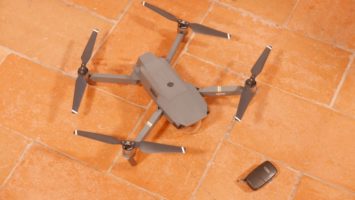 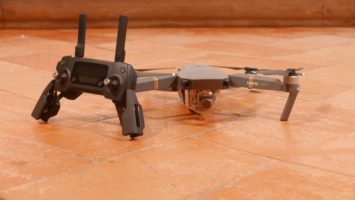 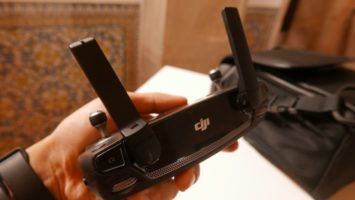 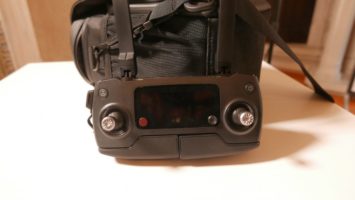 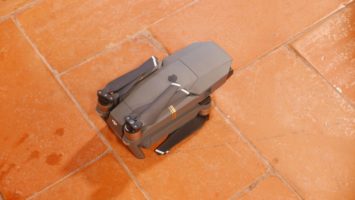 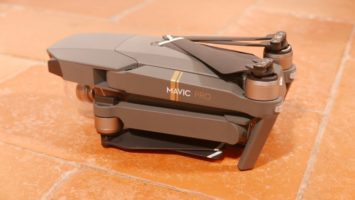 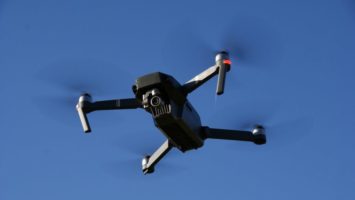 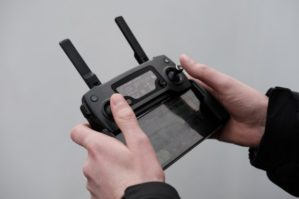 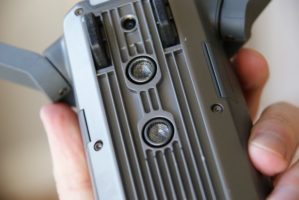 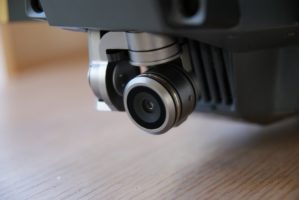 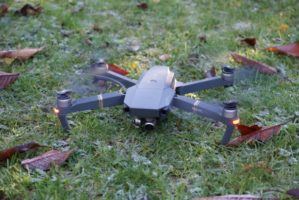 A small drone with serious power, safety features and agility. This is still the best drone according to it's price and functions. DJI also added new version Mavic Platinum and now it's even more better than ever

PROS
CONS
Add your review
back to menu ↑

Do you want a tiny flying camera that doesn’t compromise on battery life, flying agility and image quality, all the while maintaining a relatively affordable price tag? If so, the Mavic Pro is the best choice right now.

DJI has outdone itself with this dinky drone, which brings together the best attributes of the Phantom range while adding more features and massively boosting the portability. It’s a soaring success.

If you’re not after something quite so advanced, the dinky DJI Spark is worth considering, but for our money, we think it’s worth stretching for the DJI Mavic Pro if you can owing to superior video and battery life.

DJI drones to gain privacy mode after US Army ban

Related Articles
We will be happy to hear your thoughts

Selfies from the sky made simple by Yuneec Breeze

no comments
No products for this criteria.
About us

Rent Buy Bash! (“RBB”) is devoted to leveling the playing field, (pun intended) among video games. Today’s market is very concerned with overall scores, and at RBB we think that is a totally unfair way to judge a game. We introduced the breakdown scoring system so you can rate games by their attributes. All reviews are user-generated.

Disclaimer: This is an affiliate website. All external links to purchase products are affiliate URLs. RBB earns a commission from purchases made via traffic from this website to these connected sites.